skip to main | skip to sidebar

sound as an acid flashback 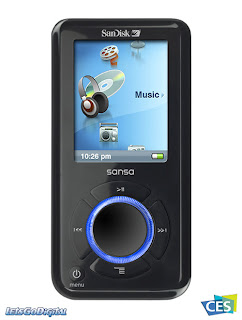 When I was a lad, I stockpiled a bunch of songs in my memory. I didn’t consciously do this – I didn’t plan on doing this – but here I am, some thirty five years later, with a head full of Dylan, Beatles, Neil Young, and Leonard Cohen songs.

I don’t really listen that much to these singers anymore. Every year, I find myself listening to different singers, and I take a very satirical view of people who go to see the ‘return tour’ of their favorite rock n roll singers, since I think the spectacle of a sixty year old singing a song he made famous at twenty four, when he was full of jism and cockiness, in front of a crowd of homeowners with their hands in the air like they just don’t care, is funny. Although, in truth, the singers I liked best back then have written songs that register their age, just like the great blues singers did. Before they died, I saw both Muddy Waters and John Lee Hooker, who were certainly and bluntly old. Age is an opportunity for the great songwriter or poet, to state the obvious. But the crowd of handwavers want to re-live the hits – as the radio incessantly intones. O well - in my own decay I descry the decay of the whole frame of the world. But I do sing the songs I learned when I was a kid. When I am on my bike, or when I am putzing around my apartment, I sing these songs. When I was a young guy and rode a motorcycle to my job in a hardware store in Shreveport, I was nicknamed something like “rock star” because I always came in the door finishing up the song I’d been singing as I rode my motorcycle. As you can tell, my fellow workers at the hardware store were full of clever jibes.

All of this is the necessary background and prelude to the gift I got this Christmas from my brother Doug. It came in a box, without instructions, and I admit that I stared at it for a day, not knowing exactly what it was. It said it was an mp3 player, but when I turned it on I couldn’t seem to get it to work. Luckily, a friend came over and kindly pointed out that (ahem) the little screen was still covered with the protective plastic wrap. Once I peeled that off, low and behold, I could actually see a menu, which was the first step in my corruption.

It was the day after Christmas that I attached the earbuds, which are just pillshaped black pills – which seemed to lack the extruding part that fits into the earhole, as maybe that part is now considered bad for your health, I presume because the eardrum cannot endure too much reality sticking its snout in there – anyway, I put them in, then screwed them a little tighter as they seemed to want to fall out, and mounted my bike. And then a wondrous thing happened. My ears filled with Atlas Sound’s Quick Canal – which, by some accident, turned out to be just the kind of music earbuds were made for – and I had an intense aural experience within the capsule of myself, apart from the main of various cars booming and buzzing around me. The only thing I can compare that to was the first time I did mushrooms, when, after a little nausea, suddenly the same encapsulated feeling came over me. I was both entirely in the world of my senses and entirely immune from the world’s cause and effect junk, its tedious way of making you take all your steps to get to your destiny. That junk wears you down.

But this music that was simply filling me and my space – it whisked me away from the junkheap. I seemed to be at a very pleasant distance from what I was doing – pumping up and down on the pedals. It seemed unlikely to me that, say, if I swerved out into the street in front of an oncoming vehicle, anything major would happen. The vehicle would surely go right through me, the way a car can run right over a mirage of a puddle that shimmers before it on a hot road on a hot summer day – without a splash, and without disturbing the mirage’s cohesion. I was non-water.

Of course, I knew right away that this wasn’t going to last. That the more I listened to music on the buds, the more it would become routine, and the junk of the world would creep in. And I also knew that other people, most people, had been listening to music like this for years – all the walkman’s, the ipods, the mp3 players. I was like a man returning to civilization from a long walkabout. It was, however, new, and enormously exciting, to me – this juxtaposition of familiar scenery and my own soundtrack.

This was all the more spectacular for me in that, last year, after having had a severe case of swimmer’s ear, I became aware that the natural soundtrack - cars going by, people’s voices, wind, etc. – was in fact easy to disturb. For two weeks, I had heard it backwards and sideways – I heard the sound of cars going by me as this cross between a large gushing sound and a large sucking sound. I had seen people’s mouths move while their voices occurred behind my head. I’d become aware of myself in the picture – hyperaware that nature was an effect of instant editing.

As it should be, I think – I, who make my money by editing. In the beginning – in my cosmos – God said, let us edit.
Posted by Roger Gathmann at 9:43 AM

you don't translate Macedonian do you?

North, my lingual and langual capabilities wrap around French, Texan, Rogerspeak, Newagery, but not, tragically, Macedonian. Like the hood on that guy, though.

But you should listen to this beautiful piece of music by James Galbraith:
http://www.nea.org/assets/docs/HE/TA09EconomistGalbraith.pdf

I wrote a summing up of the year that I decided was way too gloomy - and then I read Galbraith's riff - it is gloom made musical! Check it out, light of my life.

gloom made musical sounds about right. i shall read it over coffee this morning.

Amen.
While normal ecclesiastic practice places this word at the end of the prayer, on this occasion
it seems right to put it up front.

excellent. btw, Krug's How Did Economists Get It So Wrong?